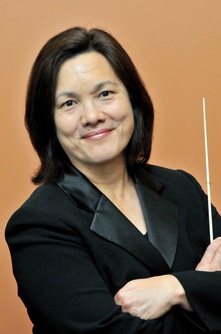 Christina M. Huss is in her 3rd year at Valdosta Middle School.  She received her Bachelor of Music in Education Degree from the Valdosta State College in 1984, and graduated with her Master's degree in Music Education from Valdosta State University in 1991.  While at VSU, Christina was active in all instrumental areas of the program, including the VSU Jazz Ensemble, Wind Ensemble, and Concert Band, performing on a wide variety of instruments in these ensembles. Ms. Huss was awarded a Graduate Assistant position at VSU under Director of Bands, Dr. Dwight Satterwhite.  Her duties included recruiting for and instructing in the first ever VSU Blazin' Brigade, as well as the VSU Basketball pep bands.  While at Valdosta State, Ms. Huss was active in CMENC, and was a charter member of the Zeta Tau Chapter of Tau Beta Sigma.

Before her appointment at Valdosta, Ms. Huss was the Director of Bands at Brooks County High School in Quitman, Georgia for 28 years.  During her tenure there, the Brooks County High School Trojan Band program received superior ratings at numerous concert band, marching band and jazz ensemble festivals and competitions throughout the Tri-State area.  The Brooks County Trojan Band was selected to perform twice at the Toyota Gator Bowl Half-time show. The BCHS and BCMS Concert Bands also performed at and were Grand Champions of the Southern Star Festival in Atlanta, GA.  The BCHS Jazz Ensemble also received the Grand Champion trophy at the Orlando Festival of Music.

Ms. Huss is a member of the Georgia Music Educators Association, where she has held several offices in District 2, including Vice President and Secretary.  She is an active guest clinician, arranger, and adjudicator and enjoys spending her spare time with her family and friends.  Ms. Huss' professional affiliations include Music Educators National Conference, Women Band Director's International, the Georgia Music Educators Association, and Tau Beta Sigma Honorary Band Sorority.  Ms. Huss is a past Teacher of the Year for Brooks County High School and a Disney Teacher of the Year nominee.  In 2015, she co-founded the Azalea Winds Community Band with retired band directors, Frank Butenschon and Deborah Bradley.  Currently, she co-conducts The Azalea Winds, and performs in an area 60s and 70s band, Danny & the Jets.  Also in 2015, Ms. Huss was chosen STAR Teacher for Brooks County High School. 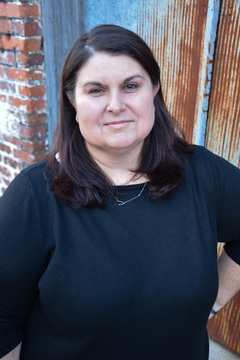 Joy Grimsley is the current Assistant Director of Bands at Valdosta Middle School.  A graduate of Berkmar High School in Lilburn, Georgia, she earned both her Bachelor of Music Education and Master’s of Science in Education from Troy University in 1996 and 1997, respectively.  While at Troy, she participated in the “Sound of the South” Marching Band, Symphony Band, Concert Band, and Jazz Band, served as President of CMENC, and was an active member of the Epsilon Xi chapter of Tau Beta Sigma. In 1994, she was the recipient of the Kathryn Siphers Memorial Scholarship given by Women Band Director’s International, and in 1996 was awarded the John M. Long Academic Scholarship Award.
Prior to coming to Valdosta Middle, Mrs. Grimsley served as the first Director of Bands at Bainbridge Middle School in Bainbridge, Georgia.  In her 18th year of teaching, she holds memberships with National Association for Music Education, Georgia Music Educators Association, and Tau Beta Sigma. She is also a Sigma Alpha Iota patroness. Mrs. Grimsley performs with the Azalea Winds Community Band, and is married to Jamie Grimsley.  They have one son, Braddock, who plays tuba in his middle school band.